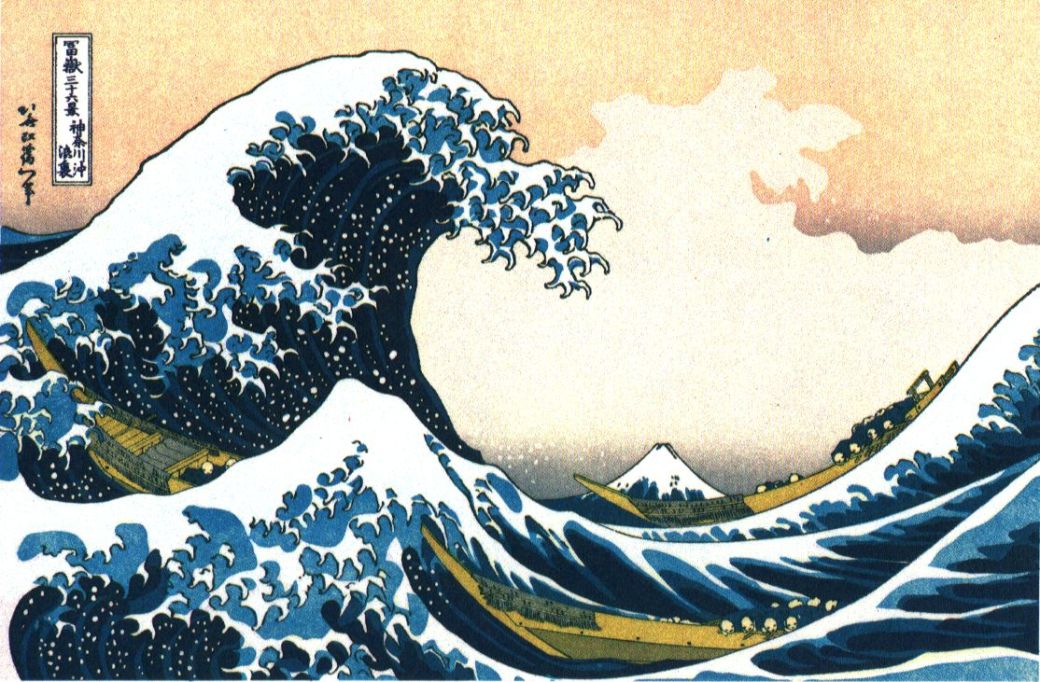 The Wave by Hokusai

Sometime ago, on another writing site that I used to post for, a reader/writer made an interesting comment to my article ” Stoking the Scintillation of Inspiration.” She said, “I feel energized and challenged to see where my mind takes me in the midst of my mommy days.  Often it’s when my four young children are home the ideas long to push through the clutter of multiple voices and feverish activity.”

It made me think about what it is in those “repetitive tasks” that stoke our muse and how we as writers can benefit from them. Is it simply God’s ironic sense of humor (e.g., “You’re too busy to do anything about it now, so I will give you a genius moment to ponder….Good luck remembering it!”). Or have we inadvertently caught the universal wave? Einstein once said, “everything in life is vibration.”

We are creatures of rhythm: circadian, diurnal, and seasonal. Let’s face it; our environment—light especially—affects our behavior, psychologically, physiologically and even socially. For instance, mood-altering chemicals generated in the pineal gland in our brain, are partially affected by the light received from our retina. Our world is composed of energy, light, sound and matter, all expressed at different frequencies. Music—which is all frequency—can heal the body, strengthen the mind and unlock the creative spirit. For instance, music with a pulse of about sixty beats per minute can shift consciousness from the beta wave (ordinary consciousness at 14-20 Hz) toward enhanced alertness and general well-being at the alpha range (heightened awareness at 8-13 Hz, and essentially the standing wave in Schumann’s Cavity). 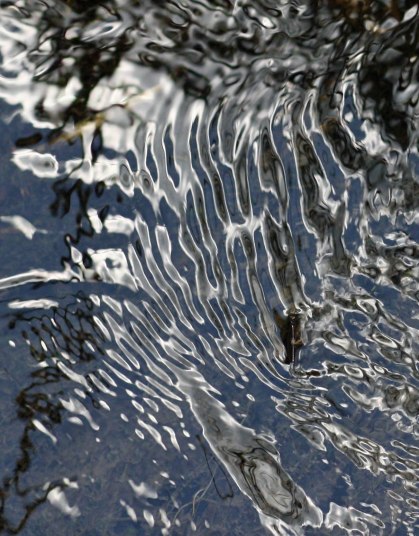 The study of cymatics, coined in 1967 by Swiss doctor Hans Jenny from the Greek word kyma (wave), explores how sound affects gases, liquids, plasmas and solids and how vibrations, in the broad sense, generate and influence patterns, shapes and moving processes. When sound travels through non-solids it moves in longitudinal waves called compression waves. In matter, the medium is displaced by sound waves, causing it to oscillate at a frequency relative to the sound, and visible patterns emerge.

Using crystal oscillators and a “tonoscope” to set plates and membranes vibrating, Jenny controlled frequency and amplitude/volume to demonstrate that simple frequencies and songs could rearrange the essential molecular structure of water and other materials.

Jenny was convinced that biological evolution resulted from vibrations in a kind of fractal progression, and that their nature determined the ultimate outcome. He speculated that every cell has its own frequency and that a number of cells with the same frequency create a new frequency, which is harmonious with the original, which in its turn possibly forms an organ that also creates a new frequency in harmony with the two preceding ones. Jenny was saying that the key to understanding how we can heal the body with the help of tones lies in our understanding of how different frequencies influence genes, cells and various structures in the body (think of how you feel when you listen to Mozart’s Divertimento No. 15 vs. when you’re listening to Mick Jagger belt out Ruby Tuesday).

Boldly extending his tonoscope research into voice and language, Jenny discovered that when the vowels of ancient Hebrew and Sanskrit were pronounced, the sand took the shape of the written symbols for these vowels, while modern languages didn’t generate the same result. This has led spiritual philosophers to ponder if “sacred languages” (including Tibetan and Egyptian) have the power to influence and transform physical reality, to create things through their inherent power, or through the recitation or singing of sacred texts, to heal a person who has gone “out of tune”?…

This is an exceptional concept…

In a controversial movie called “Water”, Rustum Roy, professor at the State University of Pennsylvania and member of the International Academy of Sciences, posited that water has “memory”, based on the structure it takes on as a result of electromagnetic fields and various frequencies to which it is exposed.

I’m a practicing aquatic scientist and I’m compelled to note that the human brain is 75% water; it is not surprising that we can be affected by the shape and form of water itself—and, in turn, may shape water with our minds. This is in itself a startling admission and opens up a myriad of controversial topics, which many scientists find hard to reconcile and refuse to investigate, let alone entertain. And, yes, I am edging into the area of metaphysics, “science fiction”, and “fanciful thinking”. A place populated by heretics who do “questionable science”, those rogue mavericks who dare step outside the realm of traditional science to imagine, to dare pursue a truth using unconventional means.

Here’s my point: water is important to us in ways science can’t even begin to explain. Because science can’t yet explain it, should we abandon the potential and its investigation? All good science was once perceived as magic before it was understood.

Let me take it one step further:

I posit that our entire bodies are sending and receiving vibrations at different frequencies with our environment, other people and other animals around us, inanimate objects, even the seemingly ‘empty’ space. It has permeated our culture more than you may realize, including the metaphors we have seamlessly adopted in our common language: terms like “bad vibes”, “you can feel the tension”, and “you could cut the air in here with a knife”.

If you think this is all too weird, consider the weirdness of quantum mechanics, which shows us that not only is “solid” matter made up mostly of energy and “empty” space but what makes a solid a chair vs. you sitting on it is the vibration of its energy. Quantum science has demonstrated that light and matter are made of both particles and waves (New Scientist, May 6, 2010) and can exist in two simultaneous states (heard of Schrodinger’s Cat?). Let’s consider, for instance, “entanglement” (quantum non-local connection), the notion that particles can be linked in such a way that changing the quantum state of one instantaneously affects the other, even if they are light years apart. And what does it mean when solid flows, ghost-like, through itself under certain conditions? Or parallel universes are created by splitting realities? (You’ll have to check out my historical fantasy “The Last Summoner” for a unique take on this popular notion).

Nobel prize-winning physicist Richard Feyman says of the paradoxes presented by quantum mechanics, “the ‘paradox’ is only a conflict between reality and your feeling of what reality ought to be.”

So, what does all of this have to do with “writing”, scintillating or otherwise, some of you may be asking… Well, nothing … Everything …

Nina Munteanu is an ecologist and internationally published author of award-nominated speculative novels, short stories and non-fiction. She is co-editor of Europa SF and currently teaches writing courses at George Brown College and the University of Toronto. Visit www.ninamunteanu.ca for the latest on her books. Nina’s recent book is the bilingual “La natura dell’acqua / The Way of Water” (Mincione Edizioni, Rome). Her latest “Water Is…” is currently an Amazon Bestseller and NY Times ‘year in reading’ choice of Margaret Atwood.

One thought on “Surfing Schumann’s Wave and Catching the Ion Spray: Everything in Life is Vibration”