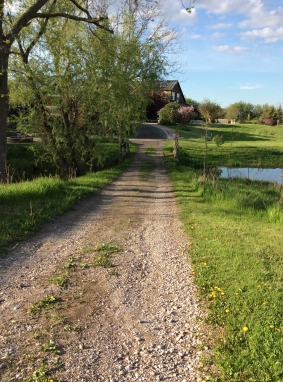 In late May, I was invited to read from my short story “The Way of Water” and my recent book “Water Is…” at the Oakville Literary Café, held at the Joshua Creek Art Centre.

The Way of Water

“The Way of Water” has appeared in several collections and anthologies in Europe and North America and received praise from around the world, including: The National Observer, Prism International Magazine, Speculating Canada, SoloLibri in Italy, and most recently in Orson Scott Card’s The Intergalactic Medicine Show. 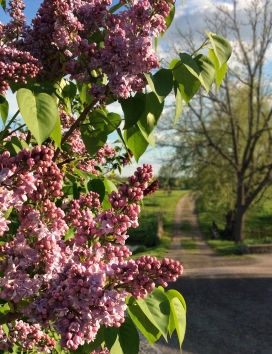 “The Chinese multinationals have exchanged the public debt of other states with their water reserves with which, now, they can control the climate, deciding when and where it will rain.Who understands this dirty game has been silenced, like Hilda’s mother, a limnologist, inexplicably arrested and never returned; like the daughter of two water vendors, mysteriously disappeared, after having decided not to bow to economic powers: Hanna, who now prefers secure virtual identities to evanescent real appearances. Water. The two, like the covalent bond of a complex molecule, develop a relationship of attraction and repulsion that will first make them meet and then, little by little, will change into a tormented love but, at the same time, so pure as to cause Hilda at great risk, to make an extreme decision that will allow Hanna to realize the strange prophecy that the internal voice, perhaps the consciousness of water, had resonated in the two women for a long time.” —Simone Casavecchia, SoloLibri.net 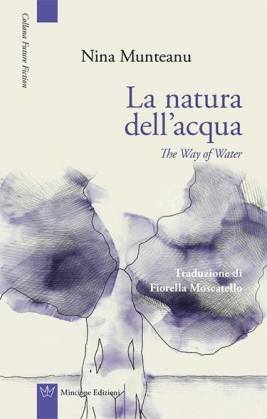 She imagines its coolness gliding down her throat. Wet with a lingering aftertaste of fish and mud. She imagines its deep voice resonating through her in primal notes; echoes from when the dinosaurs quenched their throats in the Triassic swamps.

Water is a shape shifter.

It changes yet stays the same, shifting its face with the climate. It wanders the earth like a gypsy, stealing from where it is needed and giving whimsically where it isn’t wanted.

Dizzy and shivering in the blistering heat, Hilda shuffles forward with the snaking line of people in the dusty square in front of University College where her mother used to teach. The sun beats down, crawling on her skin like an insect. She’s been standing for an hour in the queue for the public water tap. 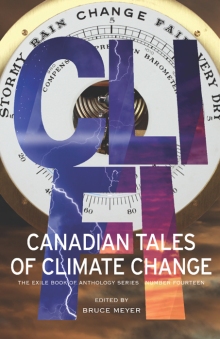 Emilie Moorhouse of Prism International wrote: “Soon after I finished reading the book, Cape Town—known in precolonial times as “the place where clouds gather”—announced that it was only a few months away from what it called “Day Zero,” the day the city would officially run out of water, making the similarities between fiction and reality more than unsettling. Munteanu’s story is set in a futuristic Canada that has been mined of all its water by thirsty corporations who have taken over control of the resource. Rain has not fallen on Canadian soil in years due to advances in geoengineering and weather manipulation preventing rain clouds from going anywhere north of the Canada-US border.”

“In ‘The Way of Water’, Nina Munteanu pens her love letter to water, exulting it as a liquid that has semi-magical properties…’The Way of Water’ evokes a sense of awareness about issues of access to water and about the dangers of imbalances in that access.”—Derek Newman-Stille, Speculating Canada 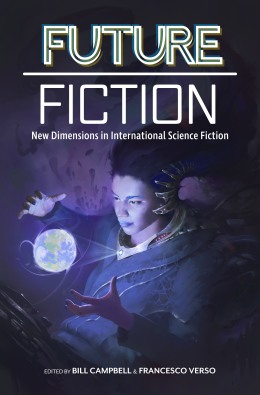 “…In an interesting scarcity future in which we follow the fate of a character abandoned by her mother, water itself becomes a character. In the second paragraph we’re told that “Water is a shape shifter,” and in the next page we encounter the following description: “Water was paradox. Aggressive yet yielding. Life-giving yet dangerous. Floods. Droughts. Mudslides. Tsunamis. Water cut recursive patterns of creative destruction through the landscape, an ouroboros remembering.” These descriptive musings cleverly turn out to be more than metaphors and tie in directly to the tale’s surprising ending.”—Alvaro Zinos-Amaro, IntergalacticMedicineShow.com 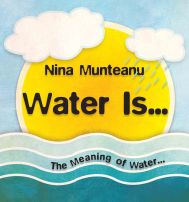 Water Is… The Meaning of Water

I also read from my non-fiction book “Water Is… The Meaning of Water.” I read several quotes from “Water Is…”. The water quotes had earlier been displayed at a photographic art exhibition in the Great Hall of the Mississauga Civic Centre. The art exhibition celebrated the Waterfront Connection wetland construction, a realized vision of the late Jim Tovey. 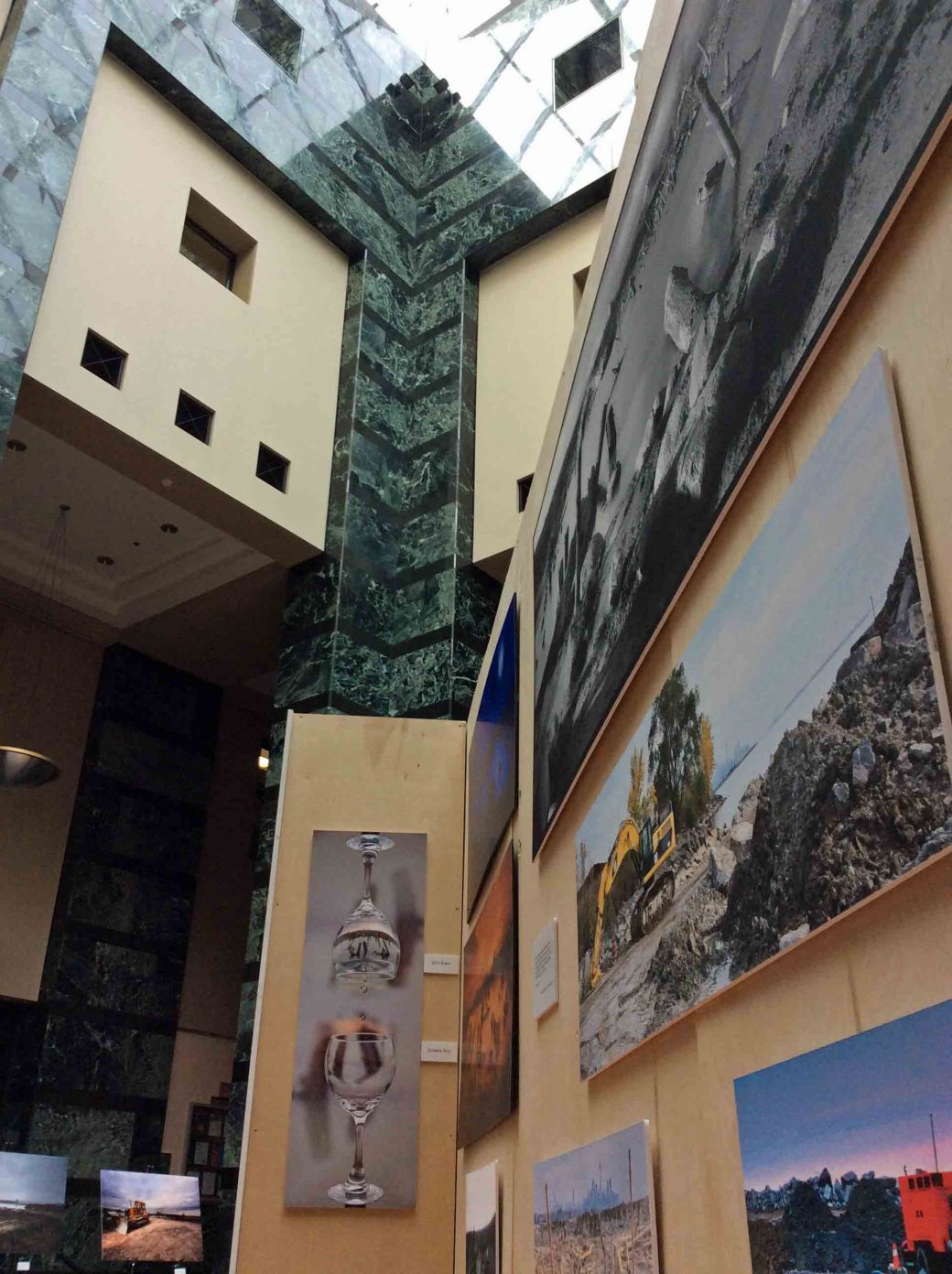 Photo Art in the Great Hall of the Mississauga Civic Centre 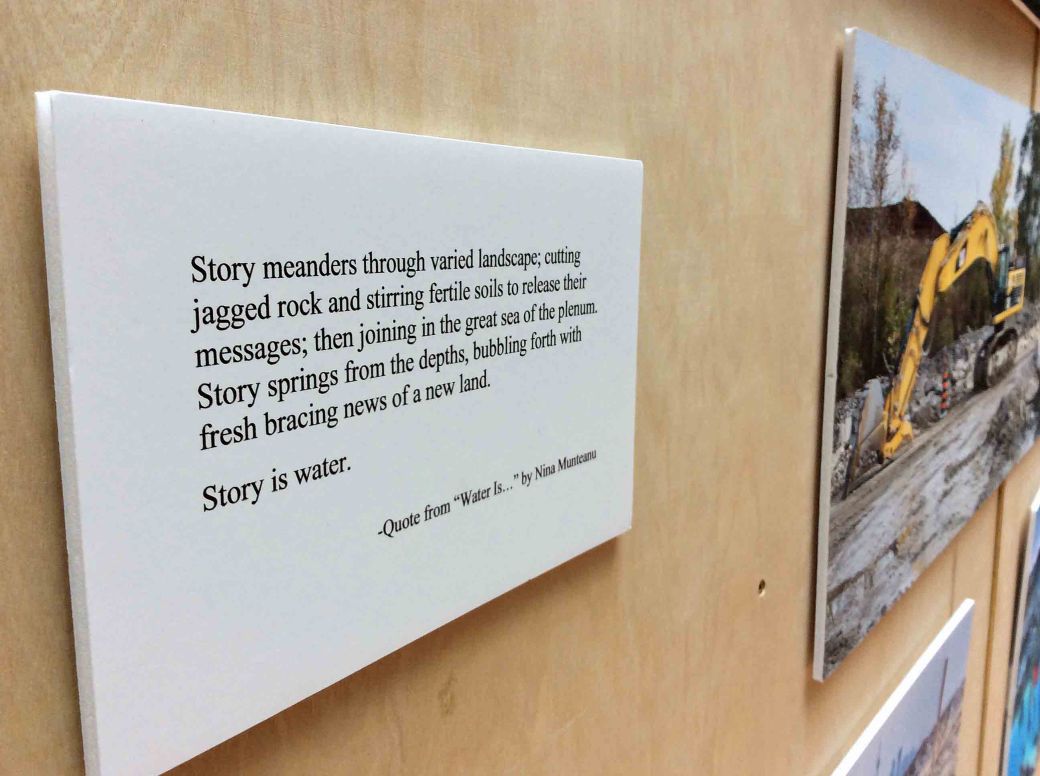 Quote from Nina Munteanu’s “Water Is…” displayed alongside photo art 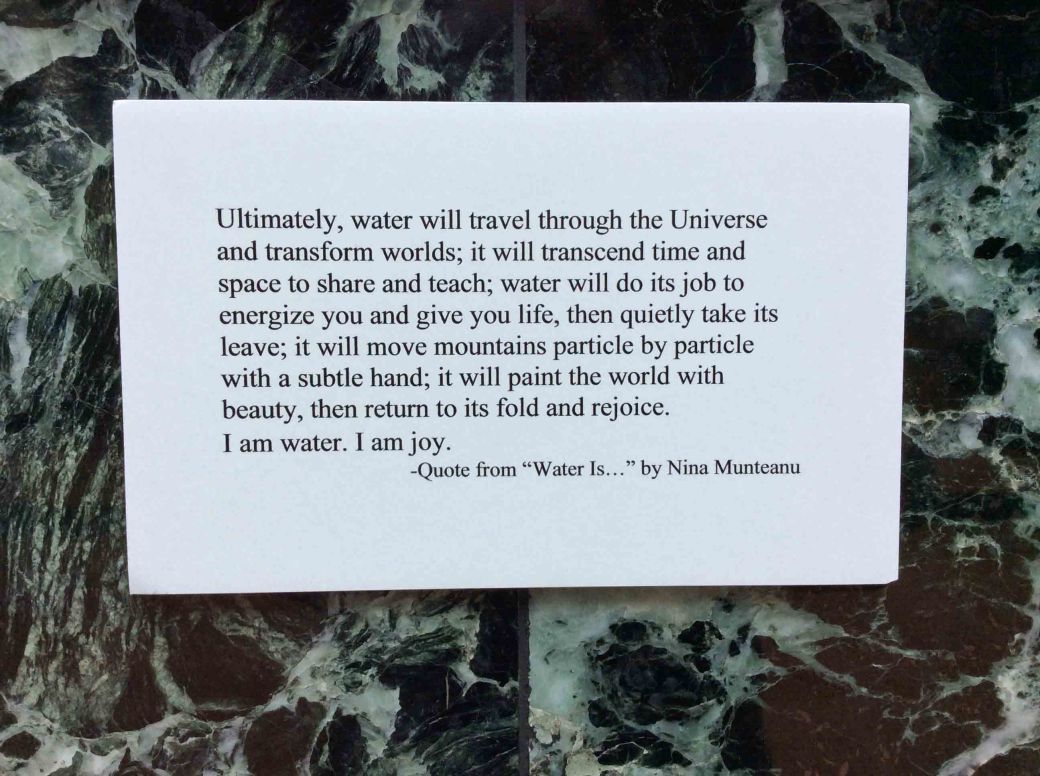 Quote from “Water Is…” displayed at the Civic Centre in Mississauga 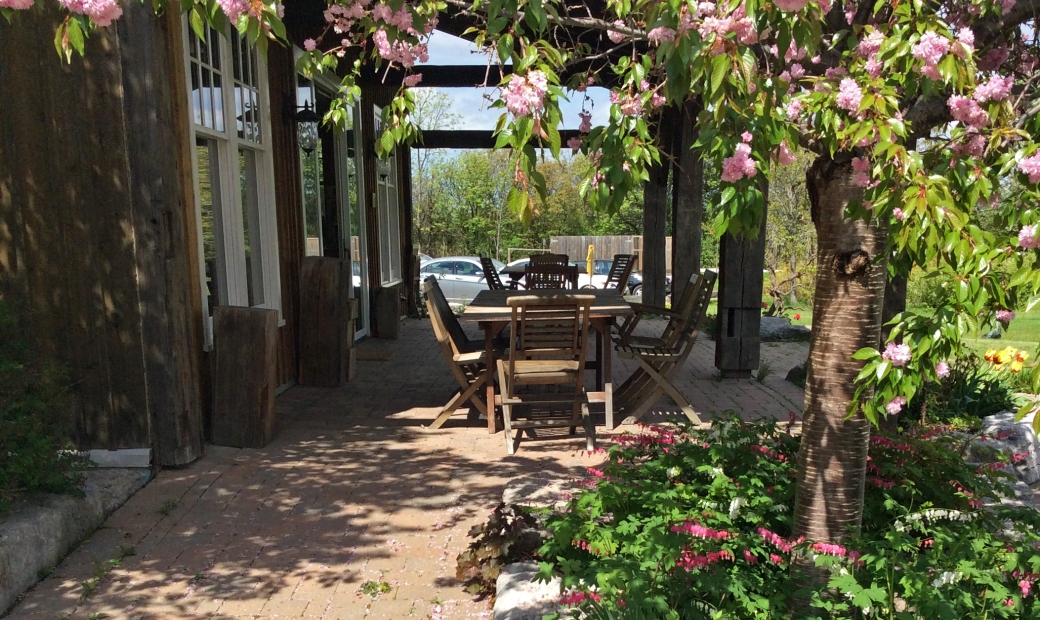 Envisioned by Sybil Rampen as a place to meet, collaborate and cultivate relationships, the Joshua Creek Heritage Art Centre was established at the 1827 heritage house on Rampen’s family farm on Burnhamthorpe Road in Oakville. The art centre serves the community as a gathering place—creative media workshops, films, musical events, lectures and weddings. The facility promotes local heritage and accessibility. Ecological integrity remains central to its activities. 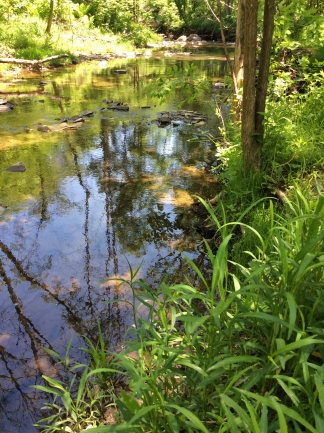 Joshua Creek originates near the art centre north of Burnhamthorpe Road and flows about 6 km south through the farm then mostly forest, eventually emptying into Lake Ontario. I was told that the creek has good water quality, apparently the best in the county. Oakvillegreen.org provides some history on Joshua Creek:

“Joshua Creek exists as a patchwork of past glories and present changes on a very dynamic and human-controlled landscape… many of its lands were cleared and altered beyond recognition, with only certain key areas left mostly to nature. In spite of these influences, Joshua Creek is home to 3 small Environmentally Sensitive Areas (ESAs), although two of these – Joshua Creek Valley and Wildflower Woods – have declined since they were highlighted in the 1970’s, and while still valuable, may no longer qualify as ESAs in the future. In only a handful of decades, development has quickly covered most of the lower two thirds of the creek’s land base, including important parts of its ESAs. In several areas, Joshua’s natural winding “meander” has been artificially straightened in order to efficiently use the land on either side. And in many places, foreign species have invaded the natural areas of the creek, changing the ecosystem in a big way. 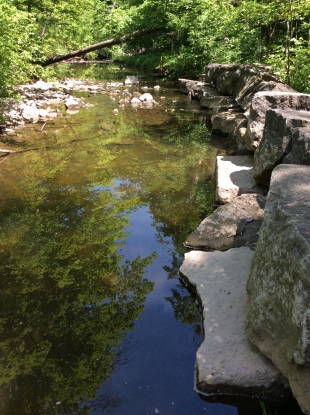 But Joshua is a spirited creek – in spite of all it has been through, Joshua Creek is among the top two urban creeks for healthy water quality, and is still inhabited by a variety of aquatic animals like small fish and insects. Joshua Creek is home to forests, wetlands and thickets with around 150 plant species, and provides an important natural habitat corridor for the movement of birds and other animals, including migratory species. Rather than exclusively shrinking, there are also areas of Joshua Creek that are actually in the middle of regrowing their forests, and in spite of everything, Joshua still retains some beautiful gems of natural areas.”