On June 22, 2019, I joined Honey Novick and Cheryl Antao-Xavier as presenters of a one-day writing intensive at Noël’s Nest Country Bed & Breakfast near Port McNicoll. 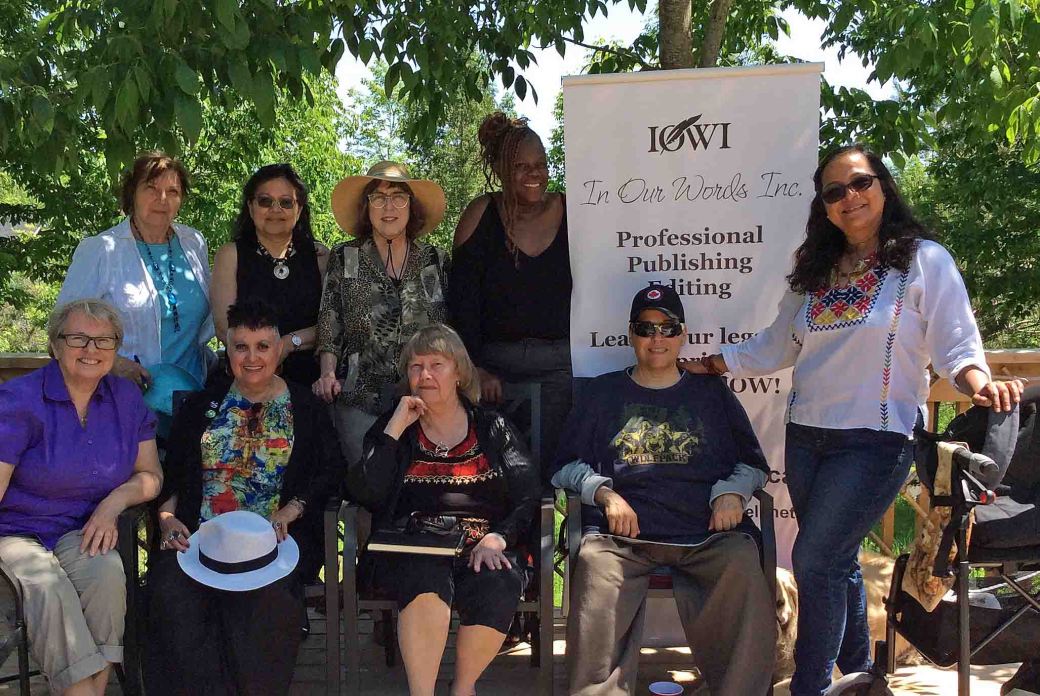 A small group of dedicated writers joined the intensive and we explored topics to do with writing, manuscript preparation and submission, as well as publishing models. This included meaningful discussions and writing exercises, readings and sharing. 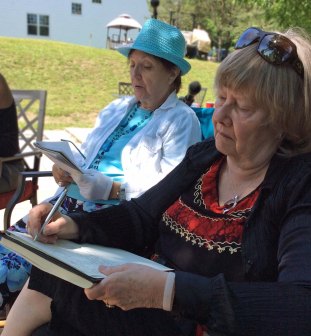 I talked about the importance of theme to help determine a story’s beginning and ending. We also discussed the use of theme in memoir to help focus the memoir into a meaningful story with a directed narrative. I discussed the use of the hero’s journey plot approach and its associated archetypes to help determine relevance of events, characters and place: all topics explored in my Alien’s Guidebook series.

As part of the intensive at Noël’s Nest, a magnificent lunch was served along with refreshments. The day was sunny and warm. And perfect in the shade. We ended the intensive with a short nature walk led by naturalist Merridy Cox.

While everyone left at six, I stayed on with a friend. I’d booked the night and looked forward to a restful evening among deer, rustling trees and a chorus of birdsong. The owner had left us some leftovers for supper, and, as we dined on a smorgasbord of gourmet food and wine, I reveled in Nature’s meditative sounds. The night sky opened deep and clear with a million stars.

The next day we enjoyed exploring southern Geogrian Bay, which included the small towns of Port McNicoll, Midland and Penetanguishene. Georgian Bay is part of Lake Huron, one of the Great Lakes.

The bay itself is quite large, comprising about four-fifths the size of Lake Ontario. Eastern Georgian Bay, where we were exploring, is part of the southern edge of the Canadian Shield. Granite bedrock exposed by the glaciers at the end of the last ice age about 11,000 years ago, forms a rugged coastline dotted by windswept eastern white pine. The rugged beauty of the area inspired landscapes by artists of the Group of Seven.

The shores and waterways of the Georgian Bay are the traditional domain of the Anishinaabeg First Nations peoples to the north and Huron-Petun (Wyandot) to the south. 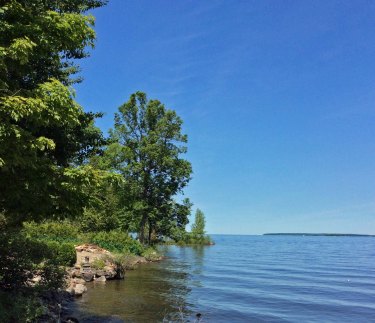 The bay was a major Algonquian-Iroquoian trade route when Champlain, the first European to explore and map the area in 1615–1616, arrived and called it “La Mer douce” (the calm sea). Originally named Waasaagamaa by the Ojibwe, the bay was renamed Georgian Bay by Lieutenant Bayfield of a Royal Navy expedition after King George IV.

After driving through Port McNicoll, we drifted into Midland, where we enjoyed a delicious crepe at La Baie Creperie. On the recommendation of a local, we then moved on to Penetanguishene to the Dock Lunch for the best ice cream in Southern Georgian Bay.

Upon leaving, I realized that I’d only seen a small portion of the Georgian Bay area and vowed to return soon.

Eager writers work on an exercise I’ve given them