The festival was well attended by local, Canadian and international authors, editors, publishers, and readers—all committed to exploring literature, the arts and to having a good time.

I was Limestone’s Science Fiction Guest of Honour last year; this year I got to relax and I sat on three panels. 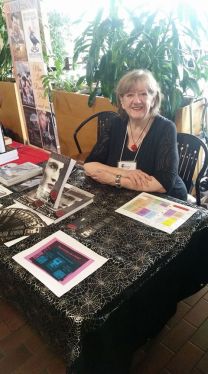 In “Alternative Histories to Cyberpunk“, I was joined on the panel by Matthew Bin, Maldonado Skaff-Koren, Eric Desmarais, Michael Romaric, Dominic Bercier, and A.A. Jankiewicz with moderator Sean Moreland. We mostly discussed the literary device of alternative timelines and unanimously concluded that visionary science fiction that “failed” to predict the future was successful alternative “history”. This theme continued in the science fiction panel.

I brought up the notion of history’s quantum properties, a braided flow of multi-dimensional and entangled realities. This served as premise for my alternative historical time-travel fantasy The Last Summoner, which takes place in fifteenth century Poland. On her fourteenth birthday, the baroness Vivianne Von Grunwald discovers that she can change history as an aeon; but she soon realizes that, while she is able to change some disastrous historic event, its entangled “destiny” indelibly moves closer to the original consequence than her intended one: yet another disaster. My scientific approach to alternate history is what excited me to write this, my only fantasy so far among a dozen science fiction novels.

In the panel “The Science behind Science Fiction” I was joined by Katherine Prairie, Anita Dolman, Matthew Bin, Lisa Tooey, Kristen Kiomall, and A.A. Jankiewicz with moderator Caroline Frechette. We discussed the utility and risk of using pseudoscience in a science fiction story, a genre known for expectations of accuracy and prescience. In 1979, Ray Bradbury wrote: People ask me to predict the future, when all I want to do is prevent it. Better yet, build it. Predicting the future is much too easy, anyway. You look at the people around you, the street you stand on, the visible air you breathe, and predict more of the same. To hell with more. I want better.” 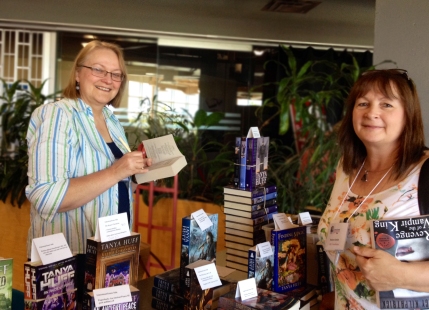 Tanya Huff signs one of her books

Depending on whether the story is considered hard SF or soft SF, this level of accuracy in both actual science presented as premise and ability to predict science and technology will vary. Given that science fiction is largely metaphoric, the predictability of an SF story is secondary to the story’s value as metaphor and allegory. The consensus of the panel was that the audience determined the importance of precision and accuracy. In the final analysis, if the story is grounded in its own consistency, anything is possible.

In “Women in Genre” I was joined by Violette Malan, Nancy Kilpatrick, Eve Langland, Alyssa Cooper, Janet Kellogg, and Liz Lindsay with moderator Sandra Kasturi. The banter was by turns fun and edgy, all lubricated with good humour by all participants. As a writer of science fiction and fantasy of which 90% feature a “strong female protagonist”, I brought up the controversy of what, in fact, determines a good female lead in story. Why do so many heroines still provide just a kick-ass version of a male hero? Why are so many female protagonist heroes still defined by the rules of what makes a male a hero? Where are the real women?

Politics south of us aside—along with Margaret Atwood’s all too realistic Handmaid’s Tale (currently playing on Bravo TV), we discussed the recent push-back in Texas on the all-women showing of “Wonder Woman,” which prompted many heated tweets. The Atlantic recently published an article on the film—and surrounding events—entitled “Wonder Woman, Heroine of the Post-Truth Age.”

“Wonder Woman is set at the height of World War I, but is otherwise a decidedly modern movie,” writes Megan Garber of The Atlantic. “It stars a woman (Gal Gadot) and treats a man, Steve (Chris Pine), as its damsel-in-distress. It has managed, even before its release, to enrage men’s-rights activists, which is quickly becoming a reliable measure of a movie’s modernity.” 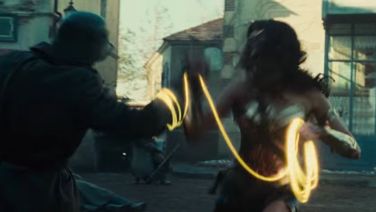 Wonder Woman uses a unique weapon, the Golden Lasso, known as the Lasso of Truth—because it compels anyone wrapped by it to reveal the truth.

When William Moulton Marston—scientist and inventor of the polygraph machine— created the Wonder Woman character, he envisioned a warrior who was also an investigator of truth. “Frankly,” he said, “Wonder Woman is psychological propaganda for the new type of woman who should, I believe, rule the world.” He believed that a world that gave women more power—politically and otherwise—would be more peaceful, more empathetic, more worthy, writes Garber. “And so Wonder Woman is a work that is decidedly at home, across its dimensions, in the world of 2017—a world that is on the one hand newly recognizing women’s widespread capabilities, but that is on the other deeply anxious about ‘alternative facts,’ about ‘fake news,’ about politically weaponized lies, about falsehoods that are uttered with no seeming consequence. The princess’s lasso, that shimmering metaphor for objective truth, is a symbol of aspiration; seen in another way, though, it is a symbol of despair. Here, in this wobbling weapon, is “wonder” as in awe; here, too, is “wonder” as in uncertainty. Here is a tool of truth that is decidedly ambivalent about its own powers. “How do I know you’re not lying to me right now?” the princess asks the spy. And the only way she can know for sure is to trust, paradoxically, in magic.”

Magic is OK, though. It is, after all, the stuff from which we draw when we write. 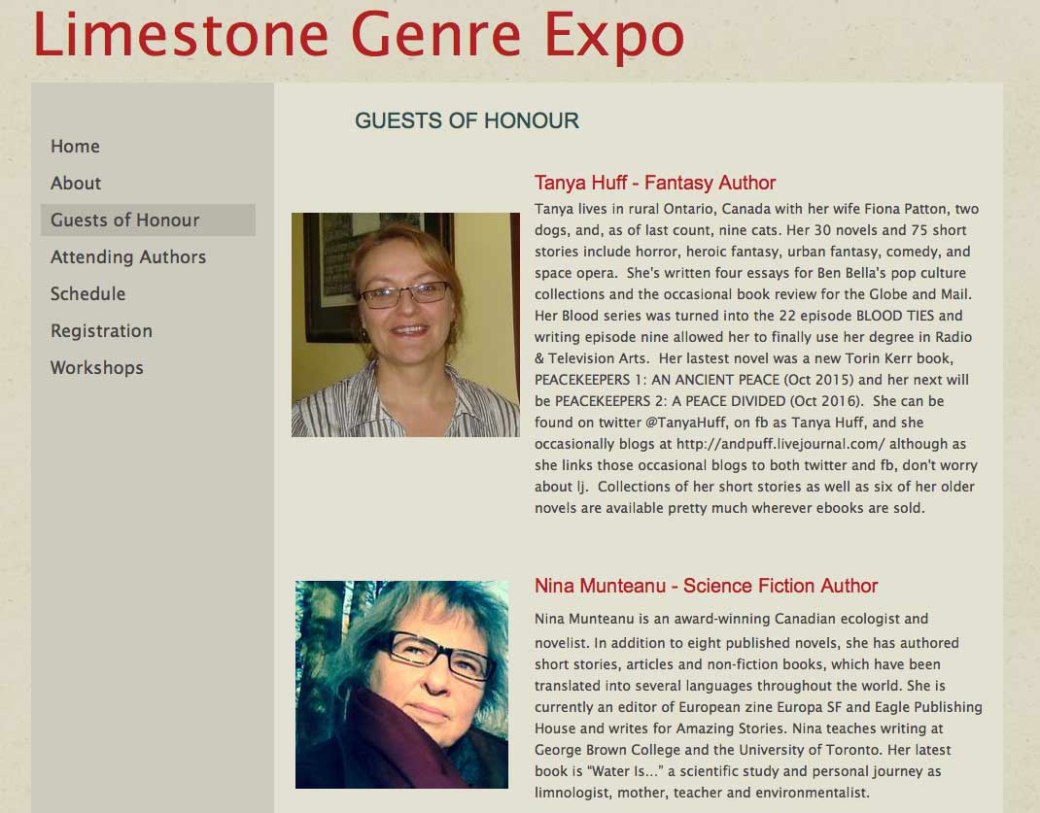