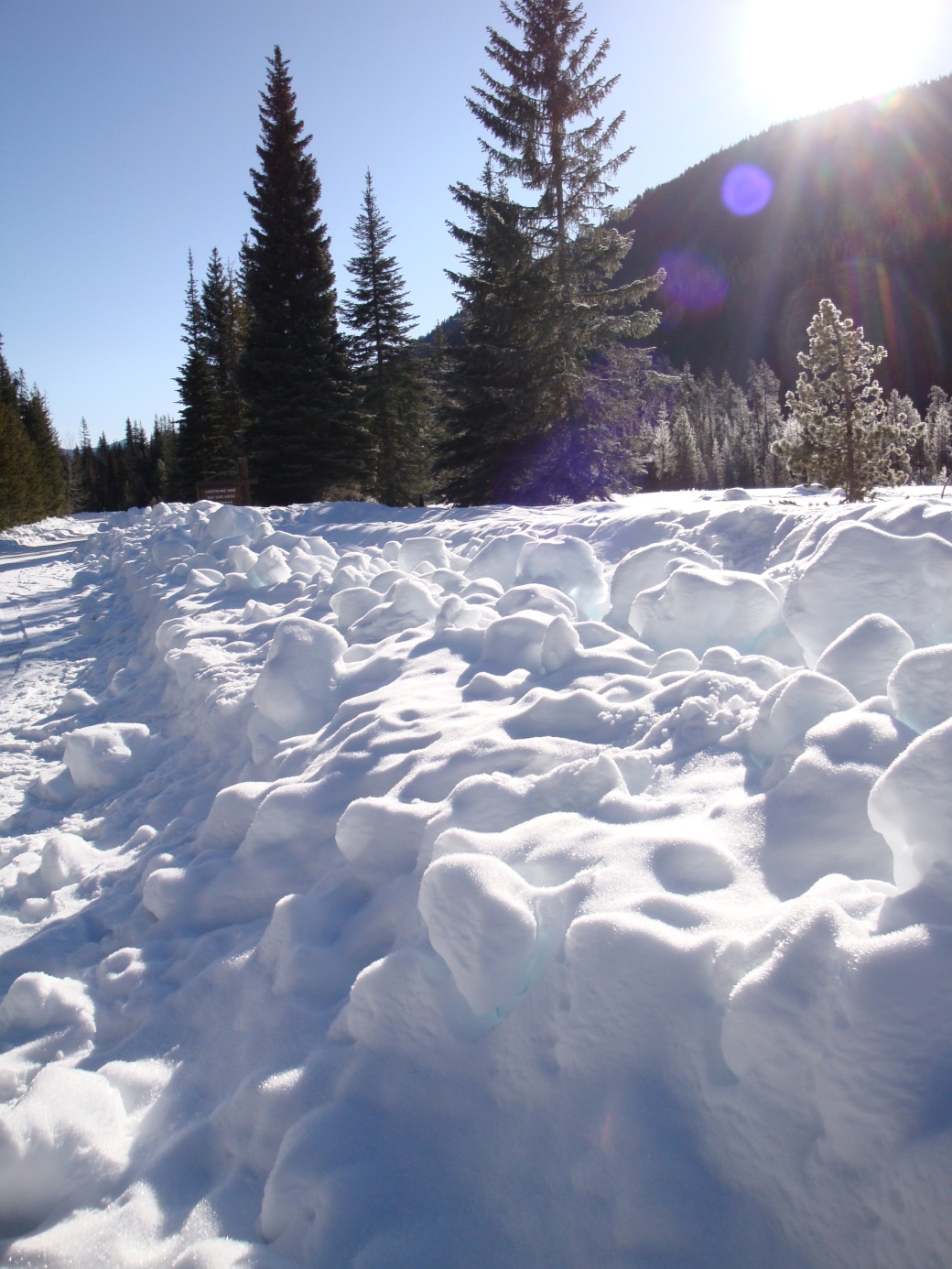 Some time ago I went on an author’s retreat at my friend’s cabin near Manning Park in British Columbia. Some of them were going skiing at the nearby ski hill and Anne thought I’d appreciate the rustic setting as an ideal place to write. I leapt at the chance. I had lots of writing to do and had set myself up for quite a work schedule: I’d promised ten articles and some excerpts to my publisher, three articles to the online magazine I write for, a review of my manuscript contract with my other publisher, and to write as much as possible on my prequel. 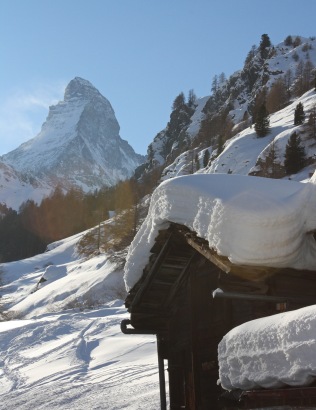 I’d set myself up for quite a work schedule…Hey, didn’t I say that already?…There was no internet access at the cabin. In fact, no cell phone coverage either. We were pretty isolated from the rest of the world—except for the bustling ski hill not far from us…

Then my computer refused to work…

The snowshoes came out…

…My promise to myself to write melted like giant snow crystals in the sun as I indulged in outdoor walks and diverting conversations with my friend, Anne.

Later in the evening, after the boys finally got the fire going, Anne and I got to talking about the book I’d leant her—Calculating God, by Robert J. Sawyer. We were soon discussing God and faith; what it meant to have faith in oneself and in others and ultimately what it meant to have someone show faith in you.

After returning from Manning, I ran across an article in Time that featured Dr. Andrew Newberg (professor of radiology, psychology and religious studies at the University of Pennsylvania) who’d recently authored the book, How God Changes Your Brain. What I found incredibly interesting was the connection made between faith and well-being. 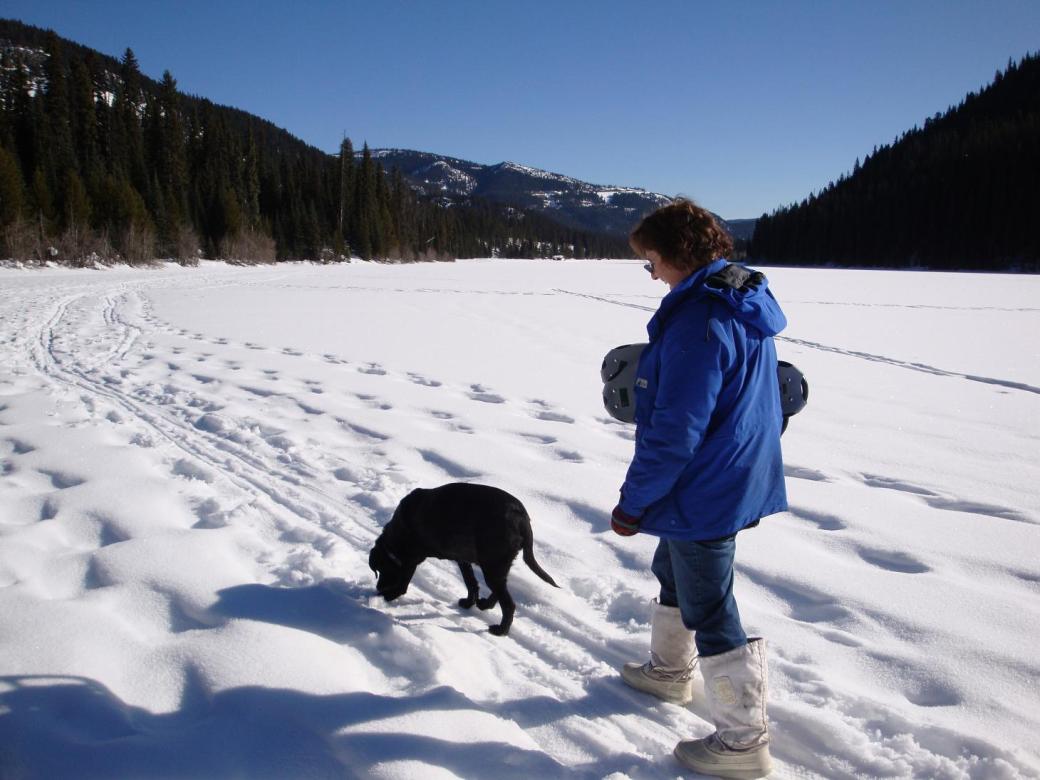 According to Newberg and other neuroscientists, when people engage in prayer or meditation they engage the frontal lobes of the brain, since they govern focus and concentration. In fact, if you pray or meditate long enough you may change your brain permanently; creating thicker frontal lobes. “People who describe themselves as highly spiritual tend to exhibit an asymmetry in the thalamus—a feature that other people can develop after just eight weeks of training in meditation skills,” says Newberg. Better functioning frontal lobes help boost memory, by the way.

Angel-winged Anne fishes for a treat for her black lab

That faith can play a key role in how our mind and body regulate our general health and determine our own well-being is proven in experiments involving “placebos”. First described in the medical literature in the 1780s, the placebo effect has been documented in some amazing examples of mind-over-matter. Time writer Jeffrey Kluger in his February 23, 2009 article “The Biology of Belief” describes how Parkinson’s disease patients who underwent a sham surgery that they were told would boost the low dopamine levels responsible for their symptoms actually experienced a dopamine bump. Newberg described a cancer patient who regulated his tumors based on his belief of a drug’s efficacy (his tumor shrank).

In a post about Brain-Mind-Interfaces (BMI) on The Alien Next Door, I discussed the notion of using our minds to control computers and robots either inside us or close to us and the current technology that is making that possible. Then my good friend, Margaret, told me about this workshop on neurotherapy that she’d attended given by a Dr. Paul Swingle in Vancouver. “He uses biofeedback for the brain to treat attention deficit and hyperactivity

disorders, epilepsy, anxiety, migraine, trauma, and depression,” says Margaret. “It’s all based on the idea that we can control our brain activity and that through training, the brain can learn to modify its own electrical patterns for more efficient processing or to overcome various states of dysfunction.”

p.s. speaking of belief, I got all my writing done in the end! My computer decided to behave itself and I got very productive…especially after the chocolate cake. 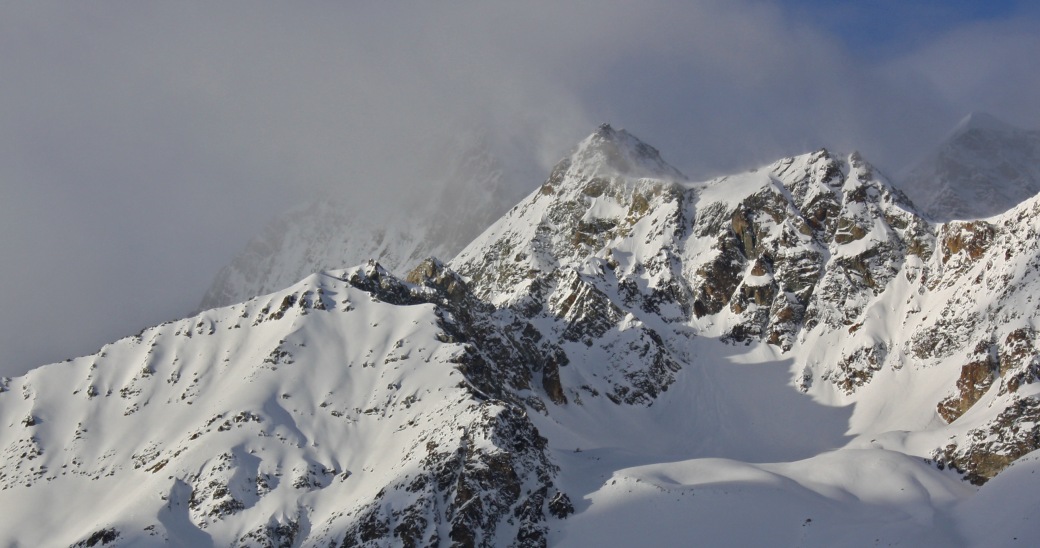 Nina Munteanu is a Canadian ecologist / limnologist and novelist. She is co-editor of Europa SF and currently teaches writing courses at George Brown College and the University of Toronto. Visit www.ninamunteanu.ca for the latest on her books. Nina’s bilingual “La natura dell’acqua / The Way of Water” was published by Mincione Edizioni in Rome. Her non-fiction book “Water Is…” by Pixl Press (Vancouver) was selected by Margaret Atwood in the New York Times ‘Year in Reading’ and was chosen as the 2017 Summer Read by Water Canada. Her novel “A Diary in the Age of Water” will be released by Inanna Publications (Toronto) in June 2020.