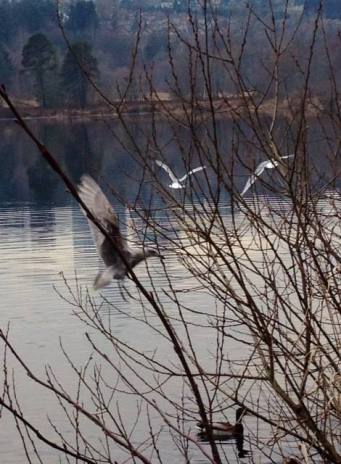 Birds flying over Deer Lake, BC (photo by Nina Munteanu)

A novelist, when portraying several characters, may often find herself painting a portrait of a place. This is place being “character.” Place functions as a catalyst, and molds the more traditional characters that animate a story. Think of any of your favorite books, particularly the epics: The Wizard of Oz, Tale of Two Cities, Doctor Zhivago, Lord of the Rings, The Odyssey, etc. In each of these books the central character is the place, which is firmly linked to its main character. How much is Frodo, for instance, an extension of his beloved Shire? They are one in the same. Just as the London of Charles Dickens spawned Scrooge.

Place ultimately portrays what lies at the heart of the story. Place as character serves as an archetype that story characters connect with and navigate in ways that depend on the theme of the story. A story’s theme is essentially the “so what part” of the story. What is at stake for the character on their journey. Theme is the backbone—the heart—of the story, driving characters to journey through time and place toward some kind of fulfillment. There is no story without theme. And there is no theme without place.

Things to consider about place as character begin with the POV character and how they interact with their environment and how they reflect their place. For instance is that interaction obvious or subtle? Is that environment constant or changing, stable or unstable, predictable, or variable? Is the place controllable or not, understandable or not? Is the relationship emotional, connected to senses such as memory?

I discuss archetypes in detail, particularly as part of the “Hero’s Journey” in Chapter J of The Fiction Writer. In summary, archetypes are ancient patterns of personality shared universally by humanity (e.g. the “mother” archetype is recognized by all cultures). When place acts as an archetype or symbol in story—particularly when linked to theme—it provides a depth of meaning that resonates through many levels for the reader. From obvious to subtle.

A subtle yet potent example of this is provided by Annie Proulx’s novel The Shipping News; Proulx uses subtle body language of her protagonist to provide a strong sense of place. The main character, Quoyle, displays a self-conscious gesture of covering his strong native chin with his hand until he leaves New York to his homeland of Newfoundland from where he is descended— a place where he can live a natural and graceful life without apology.

In Ray Bradbury’s The Martian Chronicles, Mars symbolizes a new Eden—though unimagined. Like Bradbury’s aboriginal Martians—who are mostly invisible—the planet is a mirror that reflects humanity’s best and worst. Who we are, what we are, what we bring with us and what we may become. What we inadvertently do—to others, and finally to ourselves—and how the irony of chance can change everything. 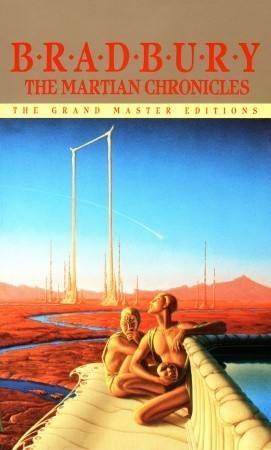 The 1970 Bantam book jacket aptly calls The Martian Chronicles, “a story of familiar people and familiar passions set against incredible beauties of a new world … A skillful blending of fancy and satire, terror and tenderness, wonder and contempt.”

Written in the 1940s, The Martian Chronicles drip with a nostalgic atmosphere — shady porches with tinkling pitchers of lemonade, grandfather clocks, chintz-covered sofas. But longing for this comfortable past proves dangerous in every way to Bradbury’s characters — the golden-eyed Martians as well as the humans. Starting in the far-flung future of 1999, expedition after expedition leaves Earth to explore Mars. The chameleon-like Martians guard their mysteries well, but soon succumb to the diseases that arrive with the rockets — recapitulating the tragedies that European colonization imposed on our indigenous peoples. Colonists appear on Mars, most of them with ideas no more lofty than starting a hot-dog stand, and with no respect for the culture they are impacting and an entire people they are destroying. Bradbury weaves metaphor into the opening when the heat of a rocket ship turned an Ohio dark winter into summer:

Rocket summer. The words passed among the people in the open, airing houses. Rocket summer. The warm desert air changing the frost patterns on the windows, erasing the art work. The skis and sleds suddenly useless. The snow, falling from the cold sky upon the town, turned to a hot rain before it touched the ground.

Rocket summer. People leaned form their dripping porches and watched the reddening sky. The rocket lay on the launching field, blowing out pink clouds of fire and even heat. The rocket stood in the cold winter morning, making summer with every breath of its mighty exhausts. The rocket made climates, and summer lay for a brief moment on the land…

What unfolds is a profound and tender analysis of the quiet yet devastating power humanity can wield unawares. Bradbury paints a multi-layered tapestry of hopes and dreams through metaphor. To Bradbury everything a writer writes is metaphor. Metaphor is powerful through perspective. It makes the ordinary strange and the strange ordinary.

In Emmi Itäranta’s Memory of Water—about a post-climate change world of sea level rise—water is a powerful archetype, whose secret tea masters guard with their lives:

The story tells that water has a consciousness, that it carries in its memory everything that’s ever happened in this world, from the time before humans until this moment, which draws itself in its memory even as it passes. Water understands the movements of the world; it knows when it is sought and where it is needed. Sometimes a spring or a well dries for no reason, without explanation. It’s as if the water escapes of its own will, withdrawing into the cover of the earth to look for another channel. Tea masters believe there are times when water doesn’t wish to be found because it knows it will be chained in ways that are against its nature. 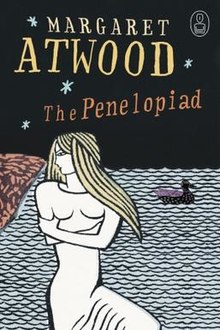 Water, with its life-giving properties and other strange qualities, has been used as a powerful metaphor and archetype in many stories: from vast oceans of mystery, beauty and danger—to the relentless flow of an inland stream. Margaret Atwood’s The Penelopiad is just one example:

Water does not resist. Water flows. When you plunge your hand into it, all you feel is a caress. Water is not a solid wall, it will not stop you. But water always goes where it wants to go, and nothing in the end can stand against it. Water is patient. Dripping water wears away a stone. Remember that, my child. Remember you are half water. If you can’t go through an obstacle, go around it. Water does.

This article is an excerpt from “The Ecology of Story: World as Character” released in June 2019 by Pixl Press.

From Habitats and Trophic Levels to Metaphor and Archetype…

Learn the fundamentals of ecology, insights of world-building, and how to master layering-in of metaphoric connections between setting and character. “Ecology of Story: World as Character” is the 3rd guidebook in Nina Munteanu’s acclaimed “how to write” series for novice to professional writers.

2 thoughts on “Ecology of Story: Place as Character & Archetype”