Sekmet is the penal planet from which no one ever escapes. The planet is a giant bog-marsh and the prison itself is a massive 2-kilometre barge that travels the wetland planet and mines the peat. The very word evokes fear. Sekmet is the bogeyman. Early on, in Outer Diverse, Rhea’s colleague Bas warns her to be careful or she might end up on Sekmet for her transgressions; Rhea scoffs that only senseless killers go to that bog planet to die and rot. But soon Rhea will alter her cavalier defence. Things will change for her…

Sekmet is named after the lioness-headed Egyptian warrior goddess (Sekhmet). Variously known as “the one who is powerful or mighty”, “One before whom evil trembles”, “mistress of dread”, and “Lady of Slaughter”, Sekhmet is often depicted in red, the colour of blood.

In Inner Diverse, Bas’s warning is realized; Rhea is hunted and captured then after a hasty “trial” she is sent to Sekmet. There, she, too, will meet the goddess’s wrath—and tremble.

As the AI ship takes Rhea down to the planet surface, she has a good view of the wetland planet:

I gazed out my porthole at the barren patchwork of the small wetland-dominated planet, whose surface resembled an early impressionist’s painting. Dominated by sombre russet and indigo tones, the raised bog was dotted by a hasty spray of cobalt lakes and pools.

Although it was mid-morning on the planet, the mostly grey sky was saturated in low cloud and it was drizzling outside. Spates of wind drove sheets of rain hailing sporadically against my porthole. It was a wet desolate place. But then again, “A drowning man is not troubled by rain—Persian Proverb, Rhea,” I said quietly to myself. The weather was the least of my concerns.

As the ship descended, I could make out the individual pool system of the blanket bog with its inhospitable tapestry of dark and wet shapes. I dispassionately reviewed what I knew of the planet. Its cool wet climate and rich iron deposits promoted the development of muskeg, string bogs, darkly forested swamps and wildflower-filled fens. This was Sekmet, a less than Earth sized planet that orbited the KO star, HD177830 in the constellation Vulpecula. My new home. Where I was going to die.

As the ship turned, I made out the actual penal colony with its dozens of grey tapered stacks billowing out white smoke. The facility resembled a huge factory, floating on a glistening wet mosaic of multi-textured and coloured vegetation. The facility, appropriately named Hades by its inmates, was in fact a huge peat mine that migrated across the huge blanket bog, extracting peat for sale to maintain the colony.

The life span of inmates on Sekmet was usually less than a year and I wasn’t sure I was going to be all that tenacious. The Eosian Guardian who’d shoved me into this AI ship had offered his own prognosis with a sinister laugh: “You won’t last a jagging week, human. They despise Enforcers. They’ll eat you alive then excrete you as bog fertilizer!”

The ship had informed me earlier that Hades contained an inordinately high number of Rills as inmates. If any one alien race had the right to despise me, the Rill did. I’d single-handedly subverted their one and only attempt at obtaining freedom from a long life of oppression by the Legess. I decided that Sekmet was going to be my personalized purgatory.

When the AI ship lands on the huge barge platform, Rhea is instructed to get off. 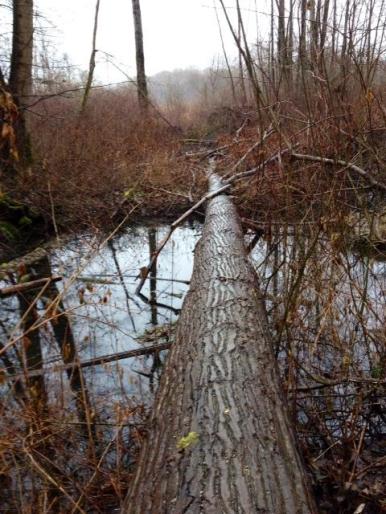 The exit hatch door opened and the AI droned, “This is your destination, Rhea Hawke. Please disembark.”

My chest clenched. I swallowed down my fear and stepped out onto the platform of Sekmet’s landing bay, catching the faint sulphurous smell of the bog. The doors of the ship abruptly closed behind me, making me involuntarily flinch. Annoyed at my reaction, I gathered my composure and swiftly assessed the empty platform, hearing only the hum of the ship’s engine. My gaze rested on the endless hummocks and large meandering ponds of tea-stained water outside.

As the ship made ready to leave, I felt my heart pounding with the sudden urge to bolt. I had a panicked notion to leap off the platform into the murky bog. Swim, wade, scrabble to eventual safety in the wilderness of Sekmet in those distant hills. The ship lifted off the ground in a turmoil of dust and thunder. My face twisted with indecision as I tensed, poised to flee—

A male Azorian burst in from the adjoining chamber and I braced for an attack. He pelted right past me then leapt into the murky water. I watched him thrash through the undulating bog, stumbling, submerging and trying to swim—his left arm was amputated at the elbow. I was about to follow when laser shots peppered the water around him for several heartbeats. I flinched. As suddenly as the shots began, they ended and the Azorian slowly sank until only his head remained above the water. I stood stiff, trembling hands over my mouth, and breathing hard. I stared at the head bobbing slowly in the water.

With the ship departed, chaotic sounds drifted in from inside the colony. Faint echoes of shrill outcries, mad laughter and raucous groans filtered in with the light breeze. It sent a chill through me—

“The stupids ones stills thinks theys cans escapes thats ways,” a nasal voice said behind me.

Startled, I spun around. When I saw the female Rill waddle toward me, huge arm—weapon—stretched out, I instinctively went for my MEC and caught air. My MEC was, of course, no longer holstered on my hip. That damned gesture and ominous paw got me every time, I thought and let the tension drain from my posture. I grimaced and murmured to myself, “Speak of the devil.”

At the entrance from the platform inside the penal barge, Rhea passes the looming statues of Anubis—ancient Egyptian jackal god (who took part in judging a person’s guilt) and the lion-headed Sekhmet. High between the massive statues, a makeshift sign has been erected that hangs above the open doorway. Words inscribed in a messy but clear scrawl read: I am the way into eternal grief; abandon every hope, all you who enter.

Inner Diverse is the second book of The Splintered Universe Trilogy:

Get the complete Splintered Universe Trilogy. Available in ALL THREE FORMATS: print, ebook, and audiobook. You can listen to a sample recording of Outer Diverse, Inner Diverse, and Metaverse through Audible.