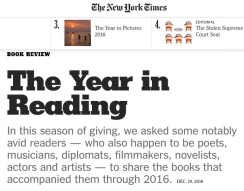 Every year, near Christmas, The New York Times puts out “The Year in Reading” in which they ask notably avid readers—who also happen to be poets, musicians, diplomats, filmmakers, novelists, actors and artists—to share the books that accompanied them through that year.

There was also Booker Prize-winning and celebrated Canadian author and poet Margaret Atwood.

Margaret Atwood is a winner of the Arthur C. Clarke Award and the Prince of Asturias Award for Literature as well as the Booker Prize (several times) and the Governor General’s Award. Animals and the environment feature in many of her books, particularly her speculative fiction, which reflects a strong view on environmental issues.

Several of her latest works (e.g., Oryx and Crake, Year of the Flood, MaddAddam) are eco-fiction and may be considered climate fiction. Atwood and partner, novelist Graeme Gibson, are the joint honorary presidents of the Rare Bird Club within BirdLife International. Atwood’s highly popular graphic novel Angel Catbird reflects an environmental sensitivity to the balance between wildlife and humans and their pets in urban settings.

Atwood’s choice for 2016 books came from her active, astute and compassionate environmentalism. Suggesting that many of her ‘The Year in Reading’ co-readers would emphasize fiction, history and politics, Atwood chose her books “instead from a still-neglected sector. All hail, elemental spirits! You’re making a comeback!”

Here are the four books Atwood recommends and why:

“Time to pay attention to the nonhuman life around us, without which human life would fail,” Atwood concludes.

As we enter a new year of great uncertainty, particularly on how we and our environment will fare in a shifting political wind, these books offer diverse insight, a fresh and needed perspective and critical connection with our natural world–and each other through it.

Buy them, discuss them, share them. And save this planet. 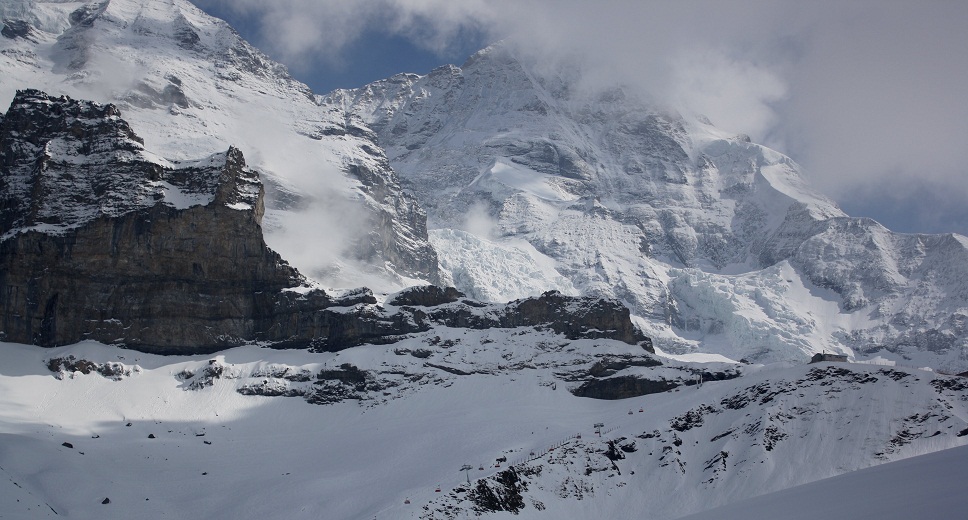