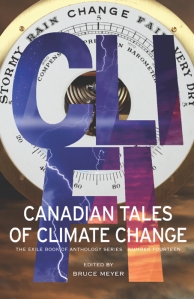 “In his introduction to this all-original set of (at times barely) futuristic tales, Meyer warns readers, “[The] imaginings of today could well become the cold, hard facts of tomorrow.” Meyer (Testing the Elements) has gathered an eclectic variety of eco-fictions from some of Canada’s top genre writers, each of which, he writes, reminds readers that “the world is speaking to us and that it is our duty, if not a covenant, to listen to what it has to say.” In these pages, scientists work desperately against human ignorance, pockets of civilization fight to balance morality and survival, and corporations cruelly control access to basic needs such as water. The most affecting tale, Wendy Bone’s “Abdul,” is also the least futuristic, an emotional story that touchingly contrasts Western guilt against the life of a captive orangutan. The anthology may be inescapably dark, but it is a necessary read, a clarion call to take action rather than, as a character in Seán Virgo’s “My Atlantis” describes it, “waiting unknowingly for the plague, the hive collapse, the entropic thunderbolt.” Luckily, it’s also vastly entertaining. It appears there’s nothing like catastrophe to bring the best out in authors in describing the worst of humankind.”

My story The Way of Water is one of 17 stories in Exile’s anthology, published in May 2017. It was originally published in English and Italian [La natura dell’acqua] by Mincione Edizioni [print] and Future Fiction [ebook] in Rome in early 2016. The Way of Water is a near-future vision that explores the nuances of corporate and government corruption and deceit together with resource warfare. An ecologist and technologist, Nina Munteanu uses both fiction and non-fiction to examine our humanity in the face of climate change and our changing relationship with technology and Nature … through water.

She imagines its coolness gliding down her throat. Wet with a lingering aftertaste of fish and mud. She imagines its deep voice resonating through her in primal notes; echoes from when the dinosaurs quenched their throats in the Triassic swamps.

Water is a shape shifter.

It changes yet stays the same, shifting its face with the climate. It wanders the earth like a gypsy, stealing from where it is needed and giving whimsically where it isn’t wanted.

Dizzy and shivering in the blistering heat, Hilda shuffles forward with the snaking line of people in the dusty square in front of University College where her mother used to teach. The sun beats down, crawling on her skin like an insect. She’s been standing for an hour in the queue for the public water tap.

The Way of Water takes place in Toronto, Ontario in Canada, mostly on or near the campus of the University of Toronto.

In The Way of Water, Nina Munteanu pens her love letter to water, exulting it as a liquid that has semi-magical properties. Munteanu recognizes the chimerical quality of water, its unique ability to shift and change, to purify and taint, and the incredible way that it makes up most of our body mass and therefore shapes us as well. 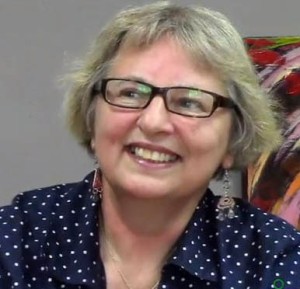 A limnologist (lake ecosystem biologist) by trade, Munteanu recognizes the incredible way that water shapes life and brings attention to the fact that water connects us to each other just as water connects with other water, forming bonds. She evokes in the reader a sense of reverence for water and an awareness that the same water that flows through our bodies have flowed through the bodies of our ancestors, cycling through life since the first life forms coalesced.

In recognizing the preciousness of water, she also recognizes its precarity and the danger that capitalist systems pose when they lay claim to water and seek to own it. “The Way of Water” evokes a sense of awareness about issues of access to water and about the dangers of imbalances in that access.”—Derek Newman-Stille, Speculating Canada

“Water covers every aspect of this science fiction story that pits the vulnerable citizen against the evil multinational corporation in a dystopian Canada sometime in our future. Water is presented in its multiplicity of facets: in the science behind its composition, in its history, in it’s symbolic nature and different physical states; water is a giver and taker of life, and is the form in which the friendship of protagonists Hilda and Hanna functions. Water is also magic and the ultimate righter of wrongs committed to it and to a humanity it gives life to. Within this framework, Munteanu spins a thought-provoking tale that projects where our headlong pursuit of profit may one day lead us to, and how nature will ultimately, with a little human coaxing, be the only one to correct the balance.”—Shane Joseph, Canadian author of Fringe Dwellers 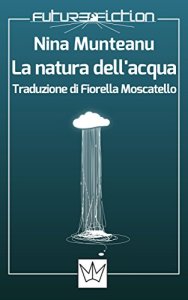 love; a story to read, not only to deal with the possible but, above all, to understand that the time still available for “love” might be less than what you believe.”—Simone Casavecchia, SoloLibri.net (read the original Italian review here)

“The Way of Water is a story of the kind you hope is science fiction but you fear is not.”—Massimo Luciani, NetMassimo (read the original Italian review here) 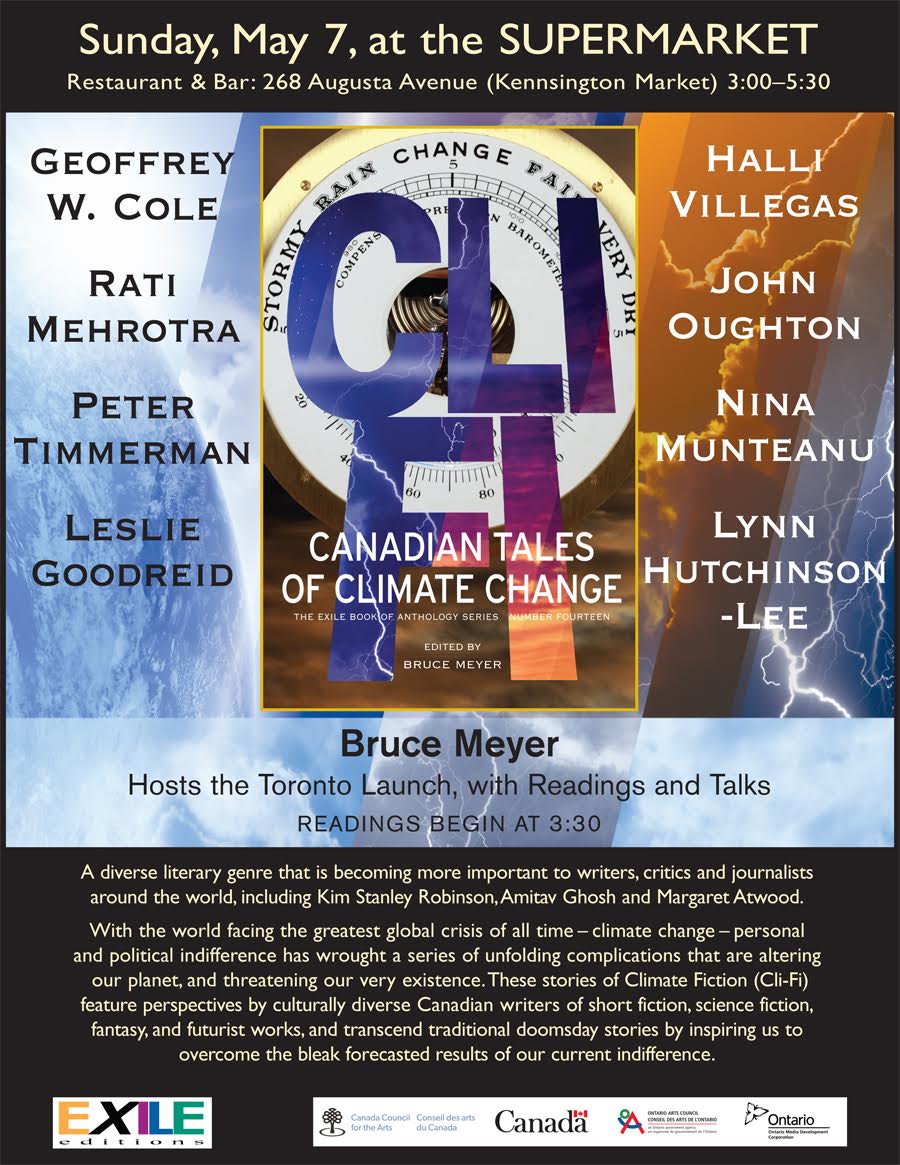 “With the world facing the greatest global crisis of all time – climate change – personal and political indifference has wrought a series of unfolding complications that are altering our planet, and threatening our very existence. These stories of Climate Fiction (Cli-Fi) feature perspectives by culturally diverse Canadian writers of short fiction, science fiction, fantasy, and futurist works, and transcend traditional doomsday stories by inspiring us to overcome the bleak forecasted results of our current indifference.”